Getting Over Getting Laid Off 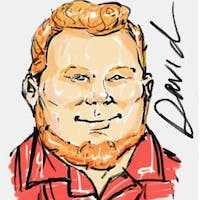 Getting Over Getting Laid Off

Several years ago I was laid off from a company that decided to outsource it’s Marcomm tasks. It turned out to be the best thing for my career as I was complacent and happy but it also had a hidden success story that I thought I’d share now. I was able to generate interviews in two days and land a great job in under two weeks. As you read through my encounter below I hope there is something that can help you as well. Either in finding a new job or learning how to market yourself.

I had been with this company for over five years, I was an important part of the Marcomm team which was a great team because it touched nearly every other department. I had great ideas in motion that would change the companies ability to market to new audiences and I thought I was irreplaceable. But coming back from a company paid trip to CES where I built a new interactive booth, spoke to countless attendees, and forged several leads. I felt an eerie feeling that I had been feeling for awhile, something wasn’t right… Two days later I was let go.

All of the feelings washed over me. Was I not important? Did I do something wrong? Then I realized it wasn’t about me at all. It was because a newly appointed marketing manager lived on the other side of the states and had had success working with agencies in the past. It was simply personal preference to work with agencies instead of an in-house team. This realization is what saved me from wallowing in imposter syndrome and allowed me to think clearly about the future.

Step #1: Don’t wallow in self pity. Getting laid off doesn’t necessarily mean you did something wrong.

That future? I wanted to work on a lot of different things. I hadn’t quite figured out what gave me the most joy in life yet. I knew it was dealing with computers but I didn’t know if it was web development, mobile development, robotics, etc. I knew I didn’t want to be a DBA and that was about it :). So I thought a lot about what career path would give me the most exposure to a lot of different technology stacks at once? At first I didn’t want to believe it. I would be joining the dark side! But of course a digital agency was my target. I also really liked building interactive displays and mobile apps so I wanted to find a role that would give me enough leadway to do so. I also knew that my previous position had been underpaying me. Not only in salary but also in title. So I wanted to correct that. It was this clear understanding of what I wanted that lead to my success.

Step #2: Clearly define what you want out of your next role.

One of my roles in this position that I had just left was to handle all social media accounts and advertisements and at the time Facebook had the best targeting system I had seen. I could target individual roles from different companies so it was very easy to pick my targets. I used this to my advantage and set off to create a social media campaign for myself to land my next gig.

First I had to list my marketable traits and figure out ad styles that I could use to target the people I wanted in essence build a resume. The first thing that came to mind was the quantity of languages I had already encountered and worked with. So I listed them and kept trying to think of a way to include them in my resume. I wound up in excel making a pie chart of them and this is the final product:

Programming languages I had dealt with as of 2014

Each slice represented the percentage of my comfort level with each language of course C# and JavaScript where my goto languages but I also had a lot of experience with Arduino and Wiring so I wanted it to be shown but not highlighted. This one chart showed that I was skilled developer to any interested party at a glance but I needed more than a chart to land the job I wanted I needed experience and I needed to stand out.

Step #3: Identify what makes you unique in your field. Did you create something awesome, is your level of knowledge deeper than the average joe, or are you just well rounded? Visualize it!

Before open source how do you show experience? All of the companies I had worked for where either a software company with closed source or fortune 500’s with NDA’s and lawyers to back them up. Simply showcasing my projects were out of the question. But then I realized LinkedIn had recently launched it’s recommendation feature and I had several in there! Who better to talk about my experience than those who had recommended me?

An example recommendation from LinkedIn

* During your annual review have the people that gave you a review also write a recommendation on LinkedIn. Be reciprocal if you can.

Now that I had experience, knowledge, and a target I just needed a way to stand out. I had been to the talks where recruiters and hiring agents had said “We get so many applicants these days it’s getting increasingly hard to find candidates that stand out.” When they would elaborate on the subject they would say things like all of the resumes we receive are standardized now and boring. So I set out to make two resumes, a fun resume to get noticed and a more traditional resume with some graphic elements.

Here’s my fun resume and more traditional resume from 2014 (address and phone are not correct anymore):

You can see which resume was intended to grab attention. I modeled it after Google Plus’ profiles and packed it full of information. The icons on the bottom row even subtly hinted that was not only a developer but also had some design chops, and at least knew about social media.

Step #4: Create at least two resumes, One to grab attention and one to go into the details. Make each for the specific role you want.

24 hrs after I was laid off I had a direction, a revamped resume that would make me stand out and a target. Now that I was armed it was time to create some ads.

But what ad? I needed some inspiration. So I sought after ads that would create an emotion. Understandably the emotions I felt was sad, let down, alone, and scared. Pedigree had just run an ad about part of it’s proceeds going to help pound dogs and I thought that was perfect. I felt like a pound dog. A stray without a home. I thought it would resonate with others. So I did what any good designer does… I stole it.

This was the final setup the first attempt was much more pitiful:

The first one was all of my emotions running into words trying to grasp at capturing the right balance. The final ad above was after a revelation that nobody would probably read it anyway… it’s an AD!

I released the first ad to my social channels and I got a moderate response. A lot of friends reached out to comfort me, a lot of recruiters took the opportunity to connect with me, it was semi-successful but I was really trying to target new people. So I created a couple more… just for practice. I explained in the posts that I was looking for feedback on them and it worked.

Step #5: Use your acquaintances and social media to gather feedback. Make it work for you.

I received a bunch of feedback from several colleagues and friends on what they thought. Overall they thought the sad dev ad wouldn’t work and I needed to be more direct about my message. You know what they were right!

Another ad I created to get input.

But the ultimate deciding factor was when I actually went to build the ad for Facebook. I had forgot how small the ads actually were! At the size they needed you couldn’t actually read the text in the sad dev ad, you couldn’t tell the eagle had a fish in the insecure fish ad! I guess the best thing for any designer is to constrain their output. Because the ad space was so small it forced me to rethink my messaging… What was the #1 thing I wanted to get across? HIRE ME. yup that was it:

This ad ran for a week and cost me maybe $10. I also in parallel submitted my resumes through normal channels and by the next day I was getting phone calls to schedule interviews. 2 days after I was laid off!

Step #6: Don’t shy away from unconventional ways to get your name in front of a hiring manager.

During the interviews I asked the hiring managers if they had seen my ad and to my surprise 4 out of 10 had seen it! A week later after all the phone interviews and on-sites I received my first offer letter and within 2 weeks I was back at work doing what I love.

I hope that this story will help you find a job or learn a little bit about marketing yourself. If you want to talk about it more hit me up on my social media channels.